Covid -19 pandemic has spread across the globe which is not allowing us to go anywhere. Travelling the places will not going to possible at least few months from now. But during this lockdown period we can know about the places which can be travelled in coming time.

How often are you traveling the places in India ?

In a year or twice or thrice!

This is happening with almost all of us. Although we are always making plan to travel the places but due to regular engagement of works not able to place in reality.

Our most of the time is going to attend the relative functions and to meet our family members. This is how we are keeping us engaged and we are exhausting our paid leaves & holidays.

But we can spare little time to enjoy the life and explore the places and culture around.

To start with India……….do you know we have 28 states and 8 union territories in India. Almost every states has tourist destinations to explore where we can peep into our culture, heritage and natural beauty on land.

Moreover we have all weathers like winter, summer, rain, snowfall, autumn in India. We have glaciers, deserts, sea, rivers, waterfalls, hills, mountains, lakes. We have historical monuments, temples, worship places and many more things to explore.

India has 28 States to explore. These are……

Also we have 8 Union territories in India. Those are…..

Let explore and know more about the places state wise.

Andhra Pradesh is well known mainly for two famous temples. Tirupati temple is one of the famous temple and Srisailam Mallikarjuneswar temple is another famous Shiva shrine which is one of the 12 Jyotirlinga temples in India. The state is having known city Visakhapatnam which is having sea beaches. Few are the tourist place can also be explored are…..

The state filled with all natural beauty and eye caching sightseeing landscape with lush green virgin land is attraction point for the travellers. Clean and pure river water making ways between the mountains are enhancing beauty of Arunachal Pradesh. Someone wish to explore the tribal culture have fun to do so.

Few are the exotic places are making state beautiful and traveller’s paradise.

Assam is a state filled with hilly landscape and valleys. Brahmaputra River flows with in the state making rich fertile land. The climate is the main support for tea plantation and tea states. It has hilly & green regions to explore the places and the culture of Assam.

Few are the place to explore the land of Assam although tea plantation across state is making whole state beautiful.

The state is famous for Buddhism and for known king Ashoka. Bihar is famous for hot spring which is located in Rajgir. These hot springs possess the properties of medicine to cure few diseases.

Bodh Gaya has Mahabodhi tree, under which Gautam Buddha meditated and attained enlightenment.

Few are the place to explore in Bihar

The state is mainly known for coal mines. The tiger reserve and wild life sanctuary also are the main attraction of Chhattisgarh. The tribal state is famous for cultivation of rice.

Goa is well known for sea beaches and sea food. The old portuguese house culture are the heritage of goa. The beaches are for water sport and to relax and enjoy the sea food at wood mountain sea restaurants. Goa is also known for party hub.

This is also known as destination of international tourists.

State Gujrat is known for religious places like Dwarka and Somnath. The beautiful sea beaches of Kutch are adding beauty to the state. The Patola Silk Sarees and Bandinis are the famous traditional dresses. Sabermati ashram is the place where Mahatma Gandhi lived for long period.

Few are the place to explore

Haryana is known for places which is popular in  Indian history like Kurukshetra and Panipath. Many historical battles were fought in the estate.

Gurgaon city is known of malls and “Kingdom of Dreams” show are the major attraction of the state.

Few are the place to explore in Haryana

Himachal Pradesh has lush green hilly regions with beautiful valleys. Few are the places in the state are as beautiful as Switzerland. Most of the regions are covered with the snow mainly in winter season. Winter season is known in state. Snow rain and falls are the main attractions during season. Many adventures sports like skiing, paragliding and sledge ride can be explored.

Many places are best to explore

Jharkhand is mainly known as ‘The Land of Forests’. Also destination for people who loves nature and wildlife. The state is having beautiful forests, hills, mountains and waterfalls. The Jharkhand with its attractions such as holy shrines, museums and wildlife sanctuaries, together contribute towards Jharkhand make a place to explore.

Karnataka is known for famous city Bangalore which is most popular IT hub in India. Karnataka is one of the best places to visit in South India as it is having Western Ghats & wildlife which is making state one of the best travel destination. From the ruined city of Hampi will take us to the historical times to the city of Bangalore. December & January is the perfect month to travel to some of the places in Karnataka due to weather conditions of these places.

Few are the places are good to explore

Few of the famous places to explore as travellers.

Madhya Pradesh popularly known as the heart of India as it is located almost centre of the country and also it is the second largest state area wise. The main attractions of this state are its geographical location, natural beauty, cultural heritage and the tribal people. Bhopal is the capital of state which is popularly known as the City of Lakes.

Amarkantak is the high mounted location where river Narmada has started. The rivers Narmada and Tapti run parallel to each other and between the two mountain ranges of Vindhya and Satpura. History And Cultural Heritage of Madhya Pradesh has witnessed the rule of many rulers of different dynasties mainly from the Mauryas, the Rashtrakutas and the Guptas in the ancient period to the Bundelas, the Holkars, the Mughals and lastly the Scindias.

The major tourist destinations in the state are….

Apart from Mumbai city many hill stations are popular in Maharashtra in which major are Mahabaleshwer, Matheran, Lonawala and Khandala.

Manipur is also kwon as ‘A Jeweled Land’ .  Untouched Manipur to be the grand discovery for the travellers. Its having torrents, rivers, flooring of flowers, beautiful blooms and lethargic lakes. The dale state of Manipur is enclosed by Nagaland in the north, Mizoram in the south, higher Burma in the east and Cachar borough of Assam in the west.

The lakes of Manipur are renowned for the diversity of orchids. In addition, being the hub of cultural and business activities, the capital city of Imphal is ornamented with two War Cemeteries, Govindajee Temple, Women bazaar, etc. The Bishnu temple at Bishnupur constructed in 1467 A.D; Keibul Lamjao, the only suspended national park in the world; the Orchid Yard at Khongampat, etc are places meaning visiting.

The conventional form of Manipur dance – the Manipuri, which is based and enthused by the theme of Lord Krishna and his adored Radha love story and the commitment of the Gopis (companions) towards Lord Krishna, was created by Rajarsee Bhagyachandra who also created the famous Raas Lila. This elegant and leisurely style of dance moves makes it one of the most applauded classical dances of India.

Few places to explore in Manipur are…..

Meghalaya, the abode of clouds is one of the seven sister states of India and also the wettest region on Earth. The state is 70% forested and famous for biodiversity of animals, Garo, Khasi Hills and Jaintia Hills, waterfalls, Caves and one of the popular tourist destination in north east of country.

Meghalaya state is also known for many adventure tourism such as trekking, mountaineering, hiking, rock climbing and caving. Also its offers water sports facilities as well in Umiam Lake along with several trekking routes to jungle with an opportunity to encounter rare wild animals and birds in Meghalaya.

Cherrapunji is famous for highest rain almost every year. Few are the places to explore….

Mizoram, the land of the Mizos has an exotic charm of its own. Mizoram is a mountainous state located in north-east region of India.

Lush green forests with bamboo groves, numerous, deep valleys are the major attraction of Mizoram. Aizawl is the capital of Mizoram. It is also the political and cultural centre state. Mizoram has a moderate and pleasant climate throughout the year, and is land of great natural beauty having rich variety of flora and fauna which is an added attraction to the nature lovers.

Few of the places to explore……

Nagaland is an undulating state of India. It is known for rich culture and unique traditions, heritage sites, rich wildlife, local festivals, delicious cuisines, beautiful handicrafts, cultural shopping, attractive places, attractions and many more. The beautiful terrains of the state are stunningly beautiful. The state offers the breathtaking panorama of nature and gorgeous rivers to fascinate tourist.

Kohima is the capital of Nagaland. It shares its border with Assam in east, Manipur in south and Arunachal Pradesh in its northeast.

Odisha is known for Hindu temples and Buddhist shrines. This is tourism place that takes you back in the glorious time of Ashoka the Great. The architecture of Lord Jagannath temple and konark temples are mesmerising thing you can see in Orisha.

Panjab is mainly famous for two things, one is Golden temple at city Amirtsar and other is Jallianwala Bhag a known historical destination. Also its palaces and museums reflect its past glory. A travel experience in Punjab will have culture, heritage, history and wildlife.

Places can be explored are ……

To be continued soon………. 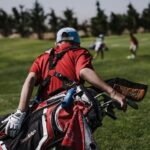 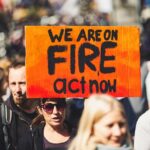 How Covid -19 pandemic can Impact our Life 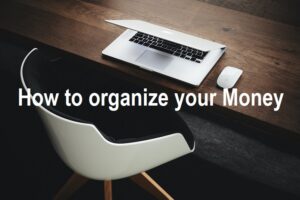 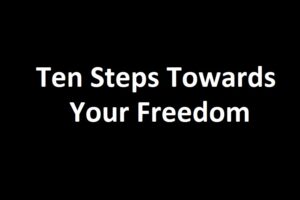